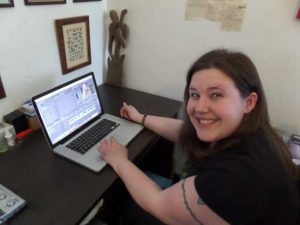 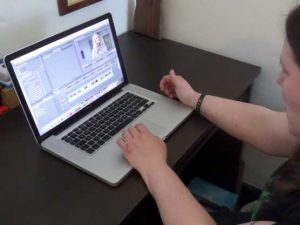 Before starting Caz Digital I studied Digital Graphics at The University of Central Lancashire. While there, I worked on several different projects including a music video which I filmed and edited for a song I wrote the lyrics to. I aso worked on a project providing information about Jack the Ripper and a fictional website rebranding Lard.

In the Summer before my second year at University I was given the opportunity to design and build the Official Website for actress and singer Nicole Faraday. I have been her web designer ever since as well as video editor for her showreel.

About 3 years ago I became friends with Elina Siirala who fronts a female fronted metal band. Since then, I have also worked on several projects for her and her band…the band website, “Do It Anyway” lyric video, “Breathe Again” lyric video, an album teaser video, tour posters and ads as well as writing lyrics on 2 of their songs.

Other projects I have worked on have been a showreel for actress and singer Rebecca Wicking, Flash banners for the Symphonic Metal band Delain, website for the functions band The Honeymooners, website for Abacus Entertainment Agency and a website for Entertainers Direct Agency. Check out my portfolio page.

As well as being passionate about designing websites and creating videos I also have a huge love for music and film. I attend gigs on a regular basis as well as TV & Film conventions.

If you see me at one of those events come and say hello.